Corby Borough Council’s Chief Executive and planners met with members of the Brooke Weston Trust to discuss proposed expansion plans for the borough and its implications for educational provision in the town.

Mr Norman Stronach gave an overview of the town’s recent regeneration and expansion and outlined plans for future growth in terms of housing, jobs, infrastructure and education. Corby is recognised by the Office of National Statistics as one of the top 10 growing boroughs in terms of population in the country and it is the only one located outside London.

The Borough Council is currently involved in a scoping consultation for the Part 2 Local Plan for Corby and it is seeking the views of local people and interested parties.

Mr Stronach outlined the town’s growth and said: ‘In the 2001 census we were at just over 53,000 and we currently have a population of 67 or 68,000.  Our ambition, to double the size of the population to circa 100,000 by 2030, is proceeding with some speed. We have a momentum that has built up and we want to continue that momentum. What we have achieved so far is 6,000 new homes since the turn of the century. In 1999 we built 19 new homes so that shows the change of pace there has been in Corby; it is very significant.’

The Local Plan has identified a need for a further eight primary schools and two secondary schools within the borough by 2031. Afterwards Mr Stronach said: ‘We have achieved a lot and we have a lot more in the pipeline. There is a wide base of opportunity in Corby including employment, leisure and entertainment opportunities and good education establishments plus great connectivity by both rail and road.’ 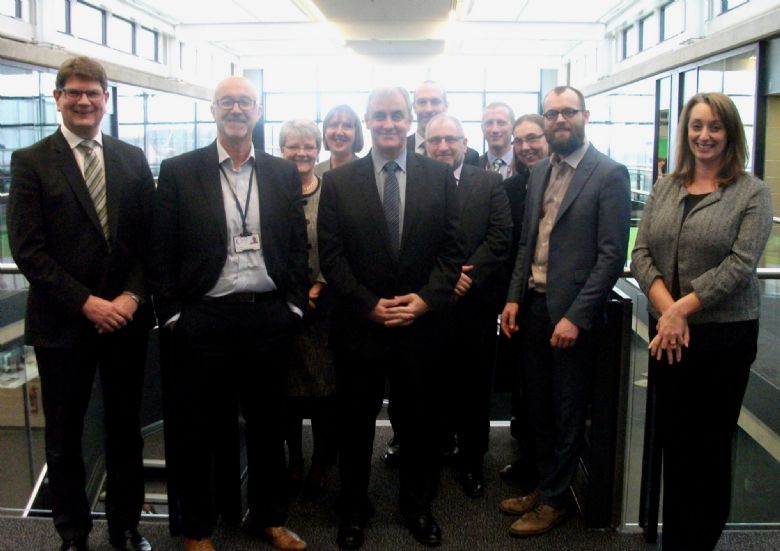