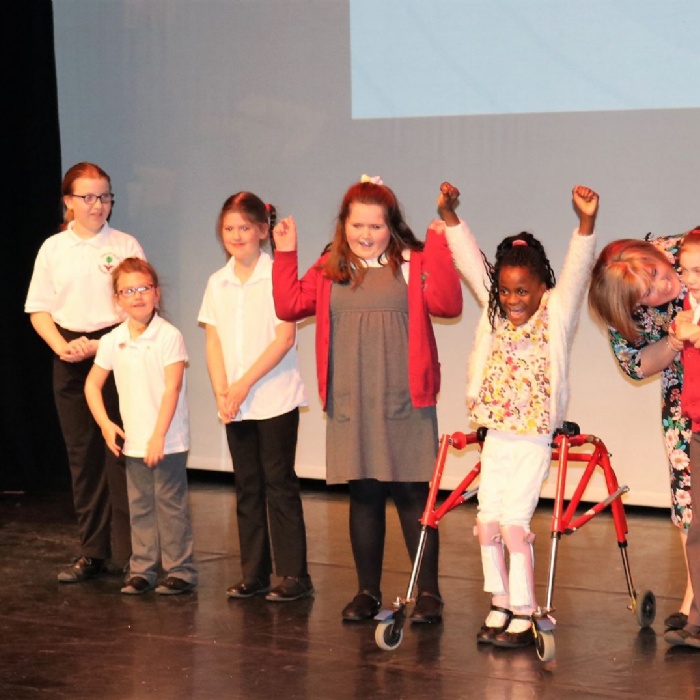 Athletes and sports teams from across our Trust schools had their talents and achievements recognised at last night’s Trust Sports Awards.

The event, at Corby Cube, was attended by hundreds of students, parents and teachers and there were also specially invited guest speakers and acts, which added to the success of the evening, organised and hosted by our Trust Director of Sport, Kirstie Smith.

always aim high. Freestyle footballer Jamie Knight gave a great demonstration of his skills and invited Executive Principal John Henrys onstage to learn how to balance a football on the back of his neck while performing a press up!

Footballer Alistair Patrick Heselton gave an inspirational talk about his professional career as a footballer was nearly shattered after a car accident. However he determinedly resumed his career to become a silver Paralympic medallist and Sky ‘Living for Sport’ mentor.

achievements of the nominated students. Thanks to everyone who made the evening so special, including the dancers from Thomas Clarkson Academy who did two routines.

Our Trust CEO, Dr Andrew Campbell was presented with a signed rugby ball from Northampton Saints. He commended the nominated students on their achievements.

Pictures from the evening can be accessed here.

BWT Sports Leader of the Year:

BWT Sportswoman of the Year:

BWT Sportsman of the Year:

BWT Team of the Year: